The fall of the Berlin Wall on the 9th of November 1989 was one of the most important events in European history in the last decades. It was a moment full of emotion. After having been separated by a concrete wall for more than 28 years, people – relatives, friends and neighbours – living in the same city were able to meet each other, to celebrate and to express their joy and hopes. From this moment on, the world looked different.

This wall was a symbol of the ideological division of Europe and of the whole world. The changes that took place in Hungary in the beginning of 1989, the collapse of the Iron Curtain in April and the first free elections in Poland in June culminated in the fall of the Berlin Wall, an event that opened the way for regaining freedom after more than 40 years of oppressive regimes in Central and Eastern European countries. These efforts owed their success to the commitment of a great number of Europeans expressing constantly but peacefully their deep yearning for political change.

It is true that not all the expectations the fall of the Wall brought forth have been fulfilled. It is also true that the ideologies that were behind the building of the Wall have not fully disappeared in Europe and are still present today in different forms. We also acknowledge as Christians that it is Christ who “is our peace, who has made the two groups one and has destroyed the barrier, the dividing wall of hostility” (Ephesians 2:14). The fall of the Berlin Wall is not only an event of the past to be celebrated, but it also has a prophetic dimension. It has taught us that constructing walls between people is never the solution and it is a call to work for a better and more integrated Europe.

We should remember the important role of Saint John Paul II and his encouragement: “Europe needs to breathe with two lungs!”

We acknowledge that the process of healing and reconciliation is delicate and difficult. Even today, for some of the victims of the oppressive regimes of the past this process is far from completed; their determination, commitment and suffering were decisive for the freedom Europe enjoys today.

Yet, we want to revive and foster those signs of hope, those expectations for a better future in Europe and for all Europeans that guided that historic moment in November 1989. For this reason, as Christians and European citizens, we call upon all Europeans to work together towards a free and united Europe through a renewed process of dialogue across mentalities and cultures, respecting our different experiences of history and sharing our hopes and expectations for a common peaceful future. To be able to succeed we need to remember that a culture of encounter implies the genuine capacity to listen first. As Christians we are also called to preach and be witnesses of the Gospel, knowing that “only in the mystery of the incarnate Word does the mystery of man take on light” (Gaudium et Spes, 22).

We invite all to pray to God, the Lord of History, that He might help us to devote ourselves to a Europe moved by the Holy Spirit, who is the root and foundation of hope and the source and power of a new commitment to those values Europe is built upon: justice, liberty and peace.

The following is a statement by Auxiliary Bishop Joseph Galea-Curmi and 26 other representatives of all European Episcopal Conferences (COMECE) on the occasion of the 30th Anniversary of the Fall of the Berlin Wall. 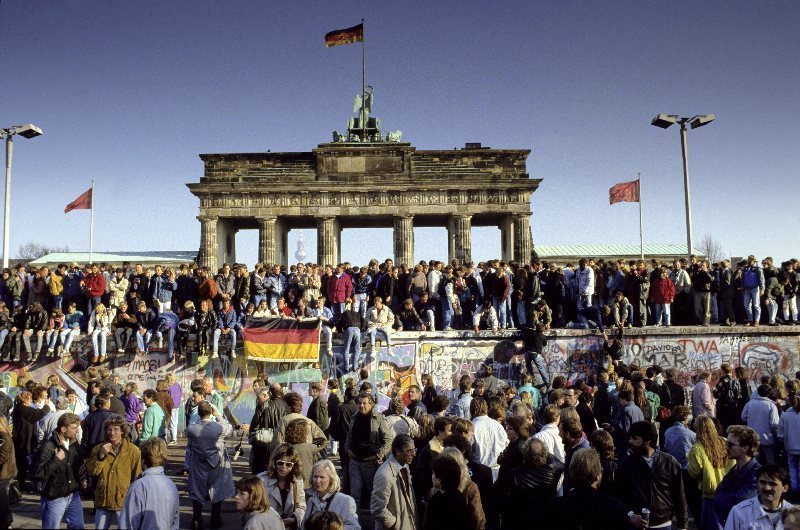