Fratelli tutti is “a devastating challenge to our ecological, political, economic and social life”, but above all, it is the “proclamation of an ineradicable, joyful truth, presented as a well-spring for a fatigued world.”

This is according to Professor Anna Rowlands, a renowned political theologian and member of the panel that presented Pope Francis’ third Encyclical in the Vatican’s new Synod Hall on Sunday.

Speaking to Vatican Radio’s Christopher Wells, Professor Rowlands said Fratelli tutti, with its powerful social meditation on the Good Samaritan, who recognises love and attention as the preeminent law and model for creative social friendship, Is a call to everyone to take action.

“I think that the core of this document is a call for us to stop and find a way to look at the world in a different way,” Prof. Rowlands said, noting that Pope Francis is asking us to stop looking at the world with the eyes of indifference or cynicism.

He is asking us, she explained, “to stop and to begin to look again.”

A call for social action

Rowlands said the document contains a list of social actions, the first being the command that we “pay attention to the world around us, to what truly is.”

Pope Francis, she continued sees reality and tells us that the only true perception of that reality is through encounter with “the reality of all the people and of the created order.”

“His first call to us is simply to pay attention, to be with what is, and what is both the suffering and the difficulty of the world, but also its beauty and its grace,“ she said.

She noted that he finds a contemplative starting point for his social teaching in his deep association with Saint Francis of Assisi, and that this is imbued in a political mysticism.

Rowlands recalled that all the social teaching documents from 1891 onwards stem from a meditation by the respective Pope on the world, and on the action of the world.

“Rerum Novarum was inspired by the action of local bishops in Germany and in the UK involved in the dockworkers strike and in industrial relations. Later documents were also inspired by movements on the ground, often ecclesial movements,” she explained.

Pope Francis, she added, is very clear that this encyclical was inspired by interfaith dialogue and by visits and encounters he has had all over the world.

So, she continued, it begins with his engagement with a world of action and then moves into a reflective phase in which “the Pope gathers, reflects, prays, discerns and then presents this reflective response to reality.” He does this in the hope of impelling a kind of revolution, a change of dynamics that will lead to action towards the common good.

The call for a concrete response

In Fratelli tutti, Rowlands said, Pope Francis calls for a concrete response from all people of goodwill, regardless of their religious belonging. He does so using the parable of the Good Samaritan because it is “utterly concrete, utterly practical, utterly immediate and utterly devastating in terms of what it means for an individual.”

He’s asking us, she explained, “to be interrupted in the flow of our everyday lives; to stop and pay attention to those whom he describes as ‘foreign in our own neighbourhoods’, and he doesn’t just literally mean coming from a foreign place, he means the divisions of wealth and poverty in a street, in a neighbourhood, in a city.”

He wants us, she continued, to think about the roles that we occupy in our professional lives “and he has a lot to say about the vocation of those in politics, of those in business etc.”

Rowlands noted that the Pope also talks about the role of grass-root movements and of the importance of building a new world together with those who are most marginalized and excluded, not “for them or on their behalf.”

This is an action, she said, that requires us to build relationships in every stratum of our everyday lives.

He, Pope Francis, believes that the transformation of the world will stem from that basis, but it is essential that we let ourselves be disrupted and disturbed in our normal routines, “to learn that pattern of attention and the gifts it brings.”

Finally, Rowlands reflected on the meaning for Pope Francis of social friendship.

She expressed her belief that according to his conception of universal fraternity that envisages a world in which we are all interconnected, brothers and sisters and children of the same God, and said that ‘social friendship’ is the concrete response to that realisation.

It’s a vision, she concluded, that leads to a structural commitment, “to forms of action together in the world”. So, “social friendship is the set of practices that allow us to realise universal friendship as a way of life, as a habit.” 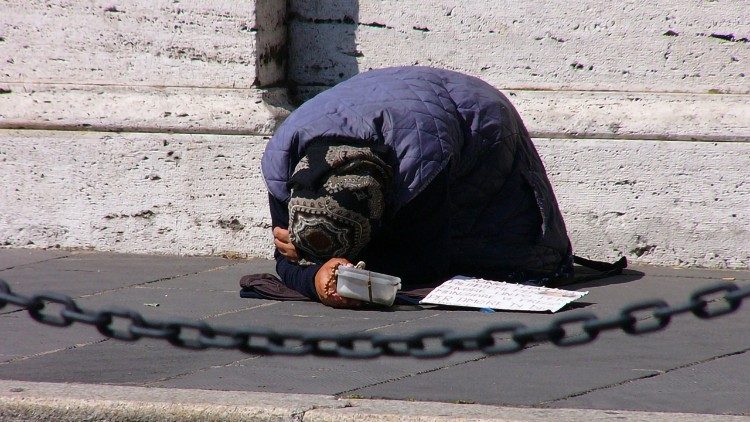