Addressing the faithful on the fourth Sunday in Ordinary Time from the Library of the Apostolic Palace, the Pope reflected on the reading from the Gospel of Mark (Mk 1: 21-28), that he explained, tells of a typical day in Jesus’ ministry: the Sabbath, a day dedicated to repose and prayer.

He described the reaction of those present in the synagogue of Capernaum where Jesus was reading and commenting on the Scriptures.

They were attracted by His manner of speaking, the Pope said, and they were astonished because Jesus demonstrates an authority different to that of the scribes.

Furthermore, he said, “Jesus shows Himself to be powerful also in His works. Indeed, a man of the synagogue turns to Him, addressing Him as God’s envoy: He recognises the evil spirit, orders him to leave that man, and so drives him out.”

The Pope said the reading highlights two characteristic elements of Jesus’ work: “preaching, and the thaumaturgical work of the healer.”

Jesus preaches with the authority of God

He added that preaching is emphasised the most, while “exorcism” is presented as a confirmation of the singular “authority” of Jesus and His teaching.

Jesus, he explained, preaches with His own authority, “as one who possesses a doctrine derived from himself, and not like the scribes who repeated previous traditions and laws,” it has the same authority as God who speaks, “for with a single command He easily frees the possessed man from the evil one, and heals him.”

“His word brings into effect what He says, because He is the ultimate prophet; indeed, He is the very Word of God incarnate. That is why He speaks with divine authority,” he said.

He defeats the evil present in the world

The second aspect, healing, Pope Francis continued, shows that Christ’s preaching is intended to defeat the evil present in humankind and the world.

“His word points directly at the kingdom of Satan: it puts him in crisis and makes him recoil, obliging him to leave the world,” he said, noting that the possessed man in the synagogue, “reached by the Lord’s command, is freed and transformed into a new person.”

Jesus’ preaching, the Pope continued, “conforms to a logic contrary to that of the world and of the evil one: His words appear to be the upheaval of a mistaken order of things.”

In fact, the demon who has possessed the man cries out as Jesus approaches: “What have you to do with us, Jesus of Nazareth? Have you come to destroy us?”

These words, Pope Francis explained, indicated the total extraneousness between Jesus and Satan: “they are on completely different planes; there is nothing in common between them; they are the opposite of each other.”

Carry the Gospel with you every day

The Pope said that this Sunday’s Gospel should inspire in us too some of the admiration and wonder that the people of Capernaum felt as they listened to Jesus, that Sabbath day, in the synagogue.

And he invited believers to always carry a copy of the Gospel with them and to delve into it with an open heart, allowing themselves to be touched and healed by God’s Word and promise of salvation.

“May the Virgin Mary, who always kept Jesus’ words and gestures in her heart, and followed Him with total willingness and faithfulness,” he concluded, “help us to listen to Him and follow Him, to experience the signs of His salvation in our life.” 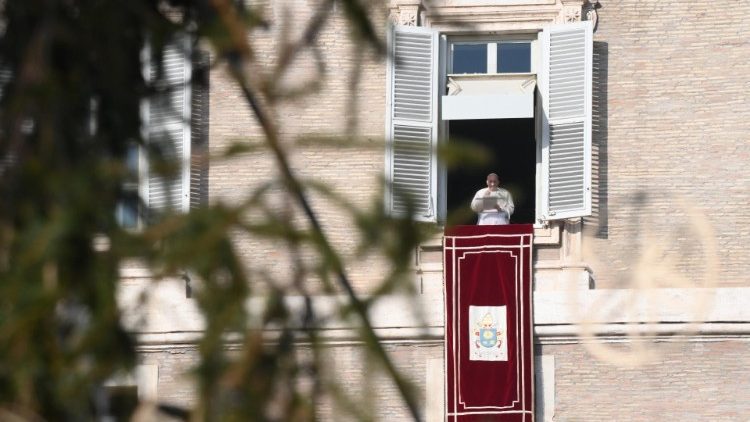