Pope Francis opened his video message by congratulating the young people attending virtually for their commitment and determination in the period leading up to and during the event. “You have not left out anything that gives you joy, worries you, outrages you, and pushes you to change”, he said.

Addressing the participants of the meeting “the Economy of Francis” in Assisi from 19 – 21 November, Pope Francis recalls that the “original” idea was to meet in Assisi to be inspired on the footsteps of St Francis. Due to the Covid-19 pandemic, the meeting was postponed and eventually held online.

The vocation of Assisi

The Lord asked Francis to go and repair his house, left in ruins. Pope Francis noted that these words inspired and moved young Francis, as “when you feel called, involved and protagonists of the “normality” to be built, you know how to say “yes”, and this gives hope.” Just as Francis did, “I know that you accepted this call immediately, because you are able to see, analyse and experience that we cannot go on in this way”. Pope Francis went on to note that the young people attending the meeting “manifest a special sensitivity and concern to identify the crucial issues that challenge us” and that they did “from a particular perspective: the economy, which is your area of research, study, and work.”

The Pope then went on to warn that they are called “to make a concrete impact in your cities and universities, in work and trade unions, in companies and movements, in public and private offices with intelligence, commitment, and conviction, to get to the core and heart where the themes and paradigms are elaborated and decided.  All this prompted me to invite you to make this pact. You cannot go outside where the present and the future are generated. Either you are involved or history will pass over you.”

Pope Francis then went on to note that a change is needed, wanted and seeked. “We do not have adequate and inclusive answers” to the problems that arise, he said, and “we lack the necessary culture and spirituality to allow and stimulate the opening of different visions and that does not allow itself to be locked in by a single dominant logic.”

“If there is an urgent need to find answers, it is essential to grow and support leading groups capable of developing culture, initiate processes – don’t forget this word: initiate processes – chart paths, broaden horizons, create belonging… Every effort to administer, care for and improve our common home, if this effort is to be significant, requires changing “lifestyles, production and consumption models, the consolidated power structures that today govern society”.  Without doing this, you will do nothing.”

Too many people are suffering from this social and economic crisis, continued the Pope. “We must return a little to the mystique of the common good.”

In this way, continued the Pope, “the future will be a special time, in which we feel called to recognise the urgency and the beauty of the challenge presented to us”. It will be a time, he continued, “that reminds us that we are not condemned to economic models that focus their immediate interest on profits as a unit of measurement and the pursuit of similar public policies that ignore their human, social and environmental cost.”

We cannot afford to keep putting off certain issues, said the Pope.

Credit systems alone are a road to poverty and dependence, said the Pope. He explained that this “legitimate protest” calls for the stimulation and accompaniment of a model of international solidarity that recognizes and respects the interdependence between nations and favours control mechanisms capable of avoiding any kind of submission, as well as overseeing the promotion of the most disadvantaged and developing countries; each people is called to make itself the author of its own destiny and that of the entire world.

Dear young people, “get your hands dirty” and do not forget, from a crisis we never come out the same: we come out better or worse.

Concluding his video message, Pope Francis noted that “History teaches us that there are no systems nor crises able to completely cancel the capacity, the ingenuity, and creativity that God does not cease to stir in hearts. With dedication and fidelity to your people, to your present and your future, you can join others in weaving a new way of making history. Do not be afraid, said the Pope, to get involved and to touch the soul of the cities with the gaze of Jesus; do not be afraid to dwell courageously in conflicts and the crossroads of history so as to anoint them with the aroma of the Beatitudes. Do not be afraid, because no one is saved alone. No one is saved alone. To you young people, coming from 115 countries, I invite you to recognise that we need each other to give life to this economic culture.” 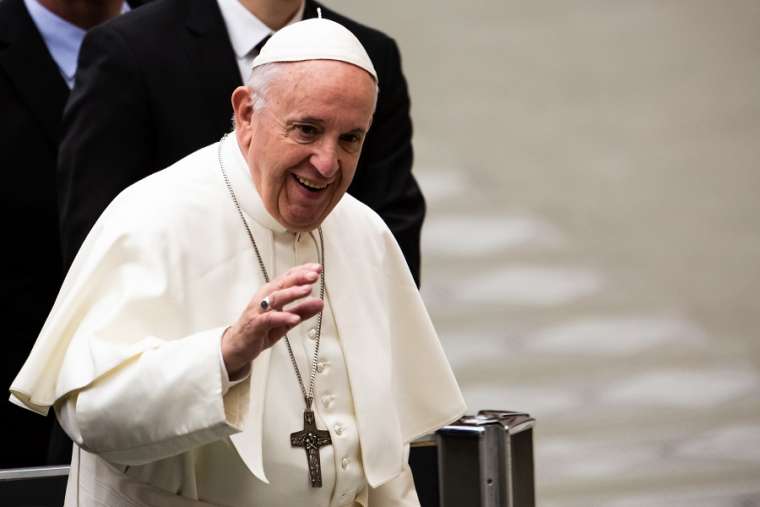