In his catechesis at the Wednesday General Audience, Pope Francis reflects on how the first Christians resolve their differences at the “Council of Jerusalem”, under the guidance of the Holy Spirit.

Pope Francis began his catechesis by saying that the Book of Acts recounts the long journey of the Word of God. “This journey”, said the Pope, began after a “strong persecution”. During this persecution, Christians were forced to flee taking the Word with them, rather than being discouraged from evangelising.

Amongst those fleeing persecution were Paul and Barnabas, who took the Word of the Gospel to the Jewish community of Antinoch in Syria.

“The book of Acts reveals the nature of the Church,” said the Pope. He explained that she is “not a stronghold, but a tent, capable of widening her space” so that all may enter.

The Church is “outgoing”, continued the Pope. She is either walking and expanding “or she is not Church”.

The Pope then used the example of certain churches he has seen both in Rome and in Buenos Aires in Argentina with their doors closed, describing it as a “bad sign”, because the Church’s doors must be always open.

Pope appeals for dialogue in Chile, solutions that will benefit all

Pope Francis then went on to explain that these “open doors” are the cause of some controversy, because many people ask themselves ‘open to whom?’.

The Pope recalled that some of the Jews who had converted stressed the necessity to perform ancient Jewish rituals, such as circumcision, before baptism “in order to be saved”.

Therefore, Paul goes to Jerusalem to consult with Peter and James, who were considered the “columns” of the early Christian Church. At the “Council of Jerusalem”, the Apostles find a middle way, saying that non-Jewish members are not required to be circumcised but must reject idolatry and all its expressions.

Pope Francis said this way of addressing differences offers us a key to resolving conflict. “It reminds us that the ecclesial method of resolving conflicts is based on dialogue through careful and patient listening and discernment in the light of the Spirit”, said the Pope.

Finally, Pope Francis invited the faithful gathered to live in dialogue, listening and encounter in faith, with our brothers and sisters around the world. 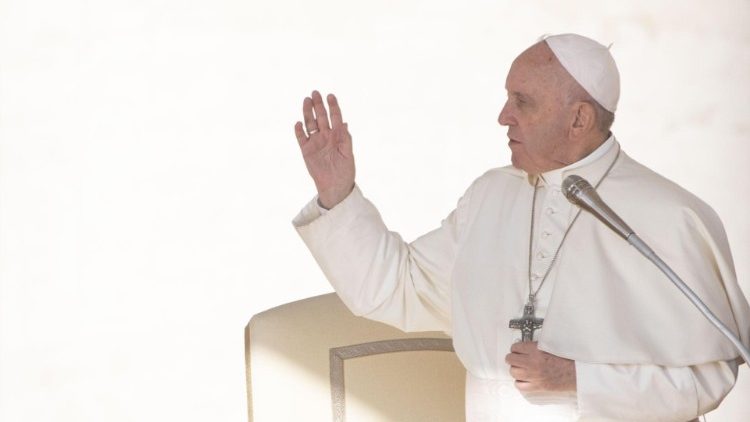