The Provisional Agreement between the Holy See and the People’s Republic of China regarding the appointment of Bishops was signed in Beijing on September 22, 2018. That Agreement expires today since it went into effect one month later, with the term of two years ad experimentum. As this date drew near, the two parties evaluated various aspects of the Agreement’s application, and through an official exchange of Note Verbali, have agreed to prolong the term for another two years, until October 22, 2022. Therefore, the renewal of the Provisional Agreement seems to be a propitious occasion to explore its objective and motivations.

The primary objective of the Provisional Agreement regarding the appointment of Bishops in China is that of sustaining and promoting the proclamation of the Gospel in that land, restoring the full and visible unity of the Church. In fact, the primary motivations that have guided the Holy See in this process, in dialogue with the Government leaders of that country, are fundamentally of an ecclesiological and pastoral nature. The question regarding the appointment of Bishops is of vital importance for the life of the Church, both at the local as well as at the universal levels. In this regard, Vatican Council II, in the Dogmatic Constitution on the Church, stated that “Jesus Christ, the eternal Shepherd, established His holy Church, having sent forth the apostles as He Himself had been sent by the Father (see John 20:21); and He willed that their successors, namely the bishops, should be shepherds in His Church even to the consummation of the world. And in order that the episcopate itself might be one and undivided, He placed Blessed Peter over the other apostles, and instituted in him a permanent and visible source and foundation of unity of faith and communion” (Lumen Gentium, 18).

This fundamental teaching regarding the particular role of the Supreme Pontiff within the Episcopal College and in the appointment of Bishops itself, inspired the negotiations and was a point of reference in the drafting of the text of the Agreement. Thus will be ensured, little by little as things go forward, both the unity of faith and the communion among the Bishops, as well as being able to completely be at the service of the Catholic community in China. As of today, for the first time after many decades, all of the Bishops in China are in communion with the Bishop of Rome and, thanks to the implementation of the Agreement, there will be no more illegitimate ordinations.

It should, however, be noted that all the open issues or situations that are still of concern for the Church have not been treated in the Agreement, but solely the issue of episcopal appointments, which is decisive and essential to guarantee the ordinary life of the Church in China, as in all other parts of the world. His Eminence Cardinal Pietro Parolin, Vatican Secretary of State, recently spoke about “The Catholic Church in China, past and present” at a Convention held in Milan this month for the 150th anniversary of the arrival of the PIME missionaries in Henan. On that occasion, he pointed out that various misunderstandings had arisen regarding the Provisional Agreement. Many of them originated because extraneous objectives or unrelated events regarding the life of the Catholic Church in China were attributed to the Agreement and it was even connected to political issues that have nothing to do with the actual Agreement. Recalling that the Agreement exclusively concerns the appointment of Bishops, Cardinal Parolin stated he is aware of the existence of various problems regarding the life of the Catholic Church in China, but also that it is impossible to confront all the issues together.

The stipulation of the Agreement, therefore, constitutes the destination point of a long journey undertaken by the Holy See and the People’s Republic of China, but it is also and above all the point of departure for broader and more far-sighted agreements. 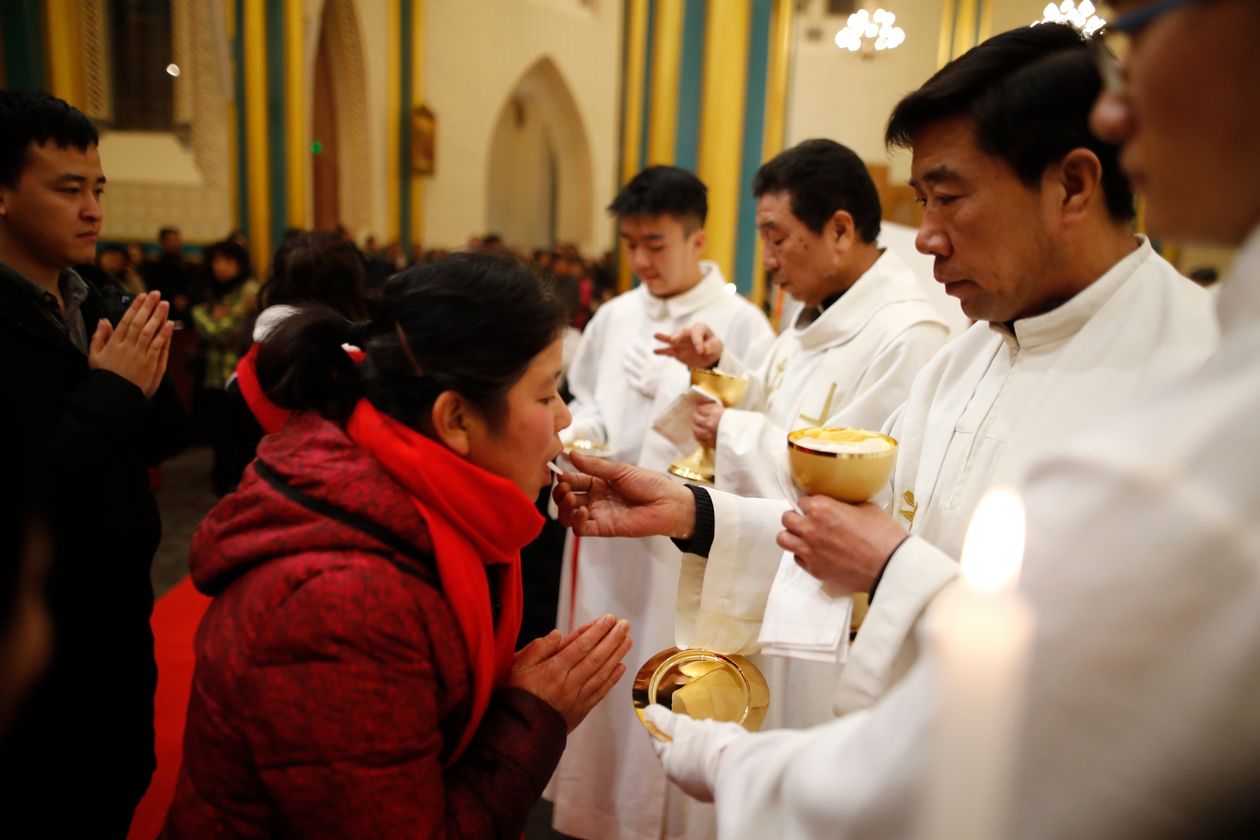