Syria’s education system is “overstretched, underfunded, fragmented and unable to provide safe, equitable and sustained services to millions of children,” UNICEF said in a statement on Sunday.

In conflict-ridden Syria, more than half of children continue to be deprived of education due to the nearly decade-long crisis that has adversely impacted the education system. In March 2021, the crisis will reach a grim milestone of ten years.

“Inside Syria, there are 2.4 million children out of school, nearly 40 percent are girls” reports the joint statement by the Syria Crisis Regional Humanitarian Coordinator, Muhannad Hadi, and UNICEF Regional Director for the Middle East and North Africa, Ted Chaiban.

This number has likely increased in 2020 due to the Covid-19 pandemic which exacerbated the disruption to education, notes the statement. “Children who are able to attend school often learn in overcrowded classrooms, and in buildings with insufficient water and sanitation facilities, electricity, heating or ventilation.”

According to the UN, there have been nearly 700 attacks on education facilities and personnel in Syria, since the verification of grave violations against children began. Last year alone, the statement notes, “52 attacks were confirmed”.

“One in three schools inside Syria can no longer be used because they were destroyed, damaged, or are being used for military purposes,” the statement said.

Reiterating its support for education in Syria, UNICEF expresses concern that funds are running low as educational appeals only received one-third of the original requirements in 2020.

However, the UN Children’s fund affirms that education remains a “beacon for millions of children” while the war continues, and highlights the importance of protecting the right to education for children. In this regard, it calls upon “those fighting to refrain from attacks on education facilities and personnel across Syria.”

“Sustainable and long-term funding to education will help to bridge the gap and incorporate children in education and provide them with the skills they need to rebuild their country when peace returns to Syria,” said UNICEF. 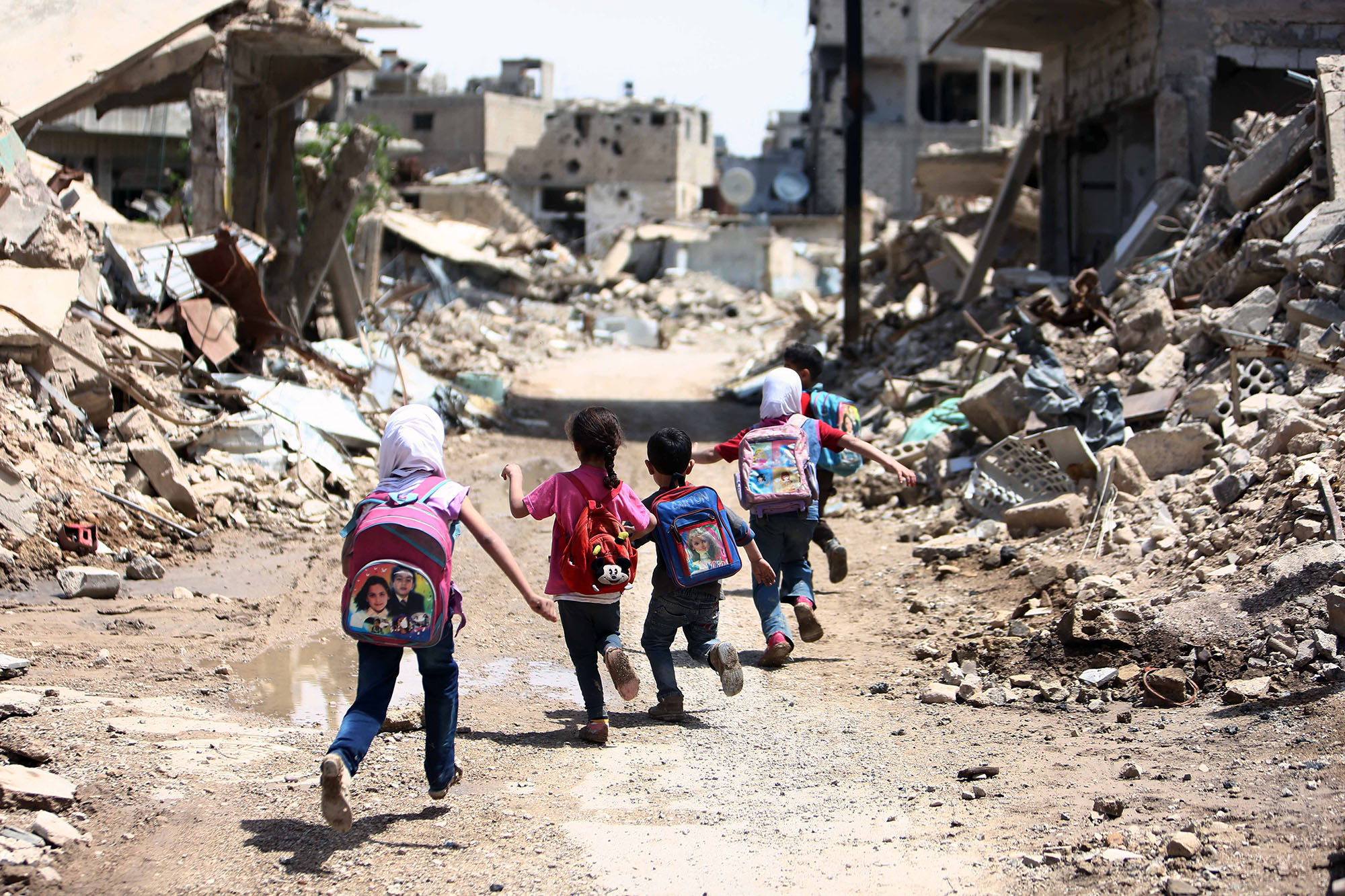