A remark by former minister Tonio Borg, who kindly wrote the foreword to my book ‘Religion and the 1921 Malta Constitution’, caused a ripple of laughter at the launch of the publication last week after he quoted s.2(2) of our Constitution, which states “the authorities of the Roman Catholic Apostolic Church have the duty and the right to teach which principles are right and which are wrong”.

He observed that, through the imposition of duty, not only does the Constitution require the Archbishop to speak out on important issues, but that I would be in breach of this provision if I fail to do so. His comment was in jest, but it nevertheless caused those present – me included – to pause for thought.

In a sense, they died for us too, because as a country we have matured as a result of that painful experience.

No less poignant was a message coinciding with All Souls’ Day by the Holy Father, who provided us with a timely reminder that it is death which allows life to remain alive. “Remember,” Pope Francis said, “if death is not to have the last word, it is because in life we learned to die for one another.” Powerful words, and ones that ought to transmit a profound sense of solidarity and duty into the heart of every Christian.

Our forebears understood them well, as I was reminded when I made two unplanned visits last Saturday: the first was to the Military Cemetery in Mtarfa, where I read inscriptions on tombstones bearing the names of foreign youngsters, many of whom were only teenagers, who died for us in two world wars; my second was to the section of Addolorata Cemetery that was once unblessed, where I asked for forgiveness for the Church’s role half a century ago in segregating fellow countrymen and denying them a Christian burial because of their support for the Labour Party. In a sense, they died for us too, because as a country we have matured as a result of that painful experience.

I was pleased the Prime Minister contacted me after my apology and, though I do not consider it ethical to divulge details of our private exchange, what emerged was our common concern at negative attitudes of our fellow nationals towards the modern-day segregation of migrants in our country.

Pope Benedict XVI had encapsulated the migrant struggle succinctly, saying that “instead of a pilgrimage filled with trust, faith and hope, migration (has become) an ordeal undertaken for the sake of survival. As a result… many are living at the margins, frequently exploited and deprived of their fundamental rights, or engaged in forms of behaviour harmful to their host society.” He said solemnly that “the reality of solidarity, which is a benefit for us, also imposes a duty” upon us as Christians.

We believe the seed we sow should be one of peace, which sprouts tolerance and dialogue, not hatred. It should be a seed that emerges from a heart which is compassionate and caring towards our neighbour

This is a duty the Church takes very seriously. One inevitably encounters dissenting voices and errant actions in all walks of life and, as clergy, we must work harder to collectively espouse and defend the values we hold dear. But on this issue we can say in good conscience that the Church has been active, vocal, unequivocal and clear; even when those around us were not and even though we do not wield executive power to effect change or take action against certain behaviour.

We believe that while violence is never justifiable, whether it is committed by the migrant community or ourselves as their hosts, exploitation is abhorrent and worse still is the proliferation of hate speech, which harms not only our neighbour but the person who makes it.

We believe the seed we sow should be one of peace, which sprouts tolerance and dialogue, not hatred. It should be a seed that emerges from a heart which is compassionate and caring towards our neighbour, because these were the values etched onto our nation’s soul by St Paul when he was shipwrecked on our islands.

As our ancestors’ exemplary behaviour showed us that day, we are a hospitable people who have always welcomed strangers. My heartfelt appeal is for us to remain that way because by promoting hatred and division, we will only be precipitating our own undoing.

However, our voice will be lost in the desert unless it receives positive reinforcement – in words and deeds – from all the forces in our country whether they come from the political, social or media spheres. Because ultimately, s.2 of our Constitution does not only apply to the Church. It applies to everyone. And we will all be failing to honour the duties and responsibilities it bestows upon us unless we are willing to die for one another in our vital quest to live up to them.

This article was first published on The Times of Malta on 6 November 2019. 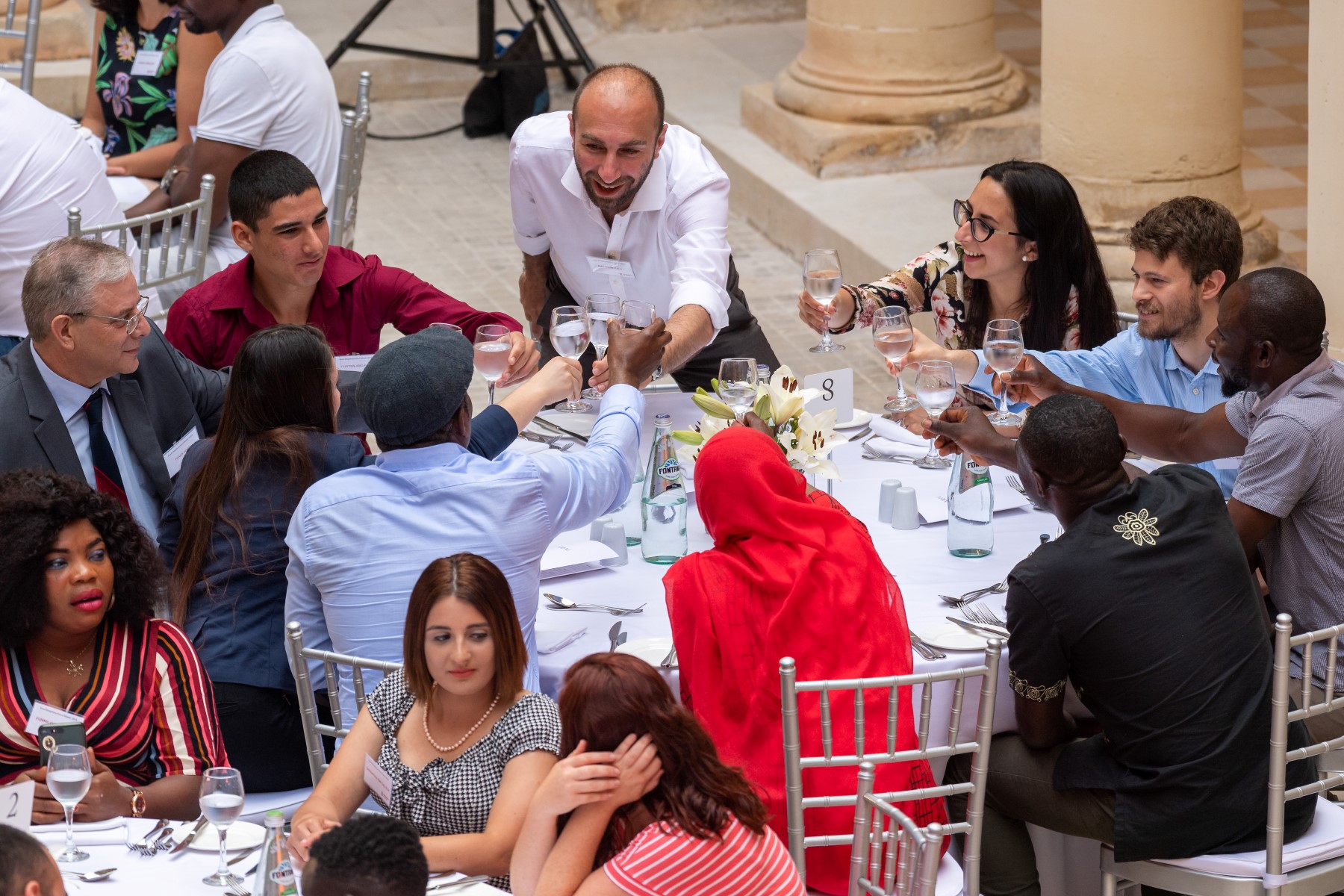