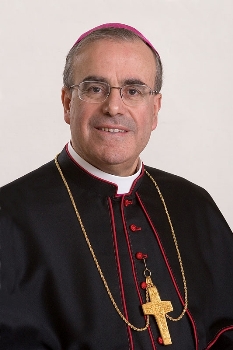 It was Our Lady, along with St Joseph, who first heard the words uttered by Simeon the prophet when they went to present the child Jesus at the Temple. Simeon told them that the child Jesus was “destined to be a sign of contradiction” (Lk 2, 35).

This is already an indication of the burden that the child Jesus had to carry. With him, Our Lady and St Joseph had to carry the suffering of this burden. Simeon also told them that “a sword will pierce your soul too.”

The Roman culture very much resembled today’s culture in its licentiousness, its disregard for marriage and family, its disregard for life. If Our Lord Jesus Christ wished the Church to accept these attitudes, why did He not tell us this 2,000 years ago?

It would have spared the lives of so many thousands of Christian martyrs!

Some accuse the Church of either being after numbers or of risking losing numbers of the faithful if it does not change with the times. The Church is not interested in numbers in themselves. It is interested mainly in being a sign of the eternal teachings of Our Lord.

Numbers at the cost of losing its identity according to Christ’s teachings is surely not what the Lord wishes from the Church. It strives to be a sign and opens its arms to all who want to join it on this mission.

The Church has no interest in building a theocratic state. History has taught that this distorts its mission.

Its only interest is to propose and, possibly, influence secular society with its values centred around love: around the dignity of every person and of passing this through the mediation of love – lived and acquired within the context of a stable family.

All this has to be conveyed by the Church in the same way as Christ did, through universal love and humility, reminding itself continually of its own limitations and the sinfulness of its members.

I leave it up to the readers to interpret in all calm and justice the role of the Church in this light, even in the run-up to the referendum.

I hope that all those who will be voting in the referendum in favour of the stability of marriage and, hence, against the introduction of divorce on the basis of their Catholic faith, will be motivated by these sentiments.