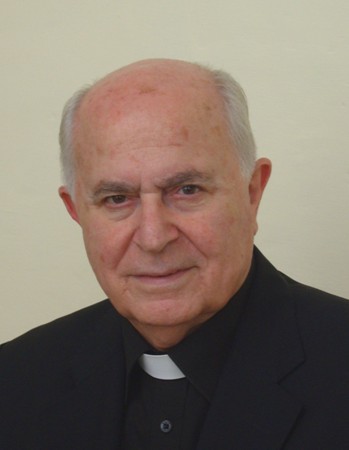 Monsignor Victor Grech, a pioneering figure in Caritas Malta, has been jointly nominated by MEPs Louis Grech and Simon Busuttil for the European Citizens’ Prize.

The European Citizens’ prize is an award organised by the European Parliament each year to recognize the exceptional achievements of European citizens in fostering closer integration among EU citizens and promoting the values found in the EU’s Charter of fundamental rights.

This year the Maltese MEPs have come together to put forward Monsignor Victor Grech for this award. Commenting on the nomination MEP Grech and MEP Busuttil said: “Monsignor Victor Grech has played an important role in building the strong network of social services in Malta which we enjoy today. Through his unstinting work he has changed the way in which Maltese society tackles issues such as drugs, alcoholism, poverty and social injustice.”

“Monsignor Victor Grech has managed to cultivate the true meaning of the European spirit of solidarity and volunteering both in Malta and at pan-European level. That is why we feel that it would be an honour for Malta to have him as a laurate of the European Citizens Prize,” MEP Grech and MEP Busuttil added.

2012 is the European Year of Active Ageing and Solidarity between Generations,  and therefore the European Parliament is giving priority to nominees who have contributed to intergenerational solidarity. In this regard Monsignor Grech is credited with having establishing several services for older people, bringing them closer to the younger generations and promoting an active, independent lifestyle among the elderly.