More than 500 people have been killed in Myanmar in the Military junta’s ruthless crackdown on protests since the Feb 1 ousting of the elected government and their leader Aung San Suu Kyi, a local non-governmental organization has said.

As of 29 March, 510 people are now confirmed killed by security forces led by the military junta said the Assistance Association for Political Prisoners (AAPP) on Monday.   “Children, students, youths and civilians have all been killed since the coup,” AAPP said in its daily update on Facebook, adding that the actual figure could be much higher.  Meanwhile, raids, arrests, detentions, warrants and threats continue unabated.

Daily rallies across Myanmar by unarmed protesters have been met with tear gas, rubber bullets and live rounds. Out of 14 civilians killed on Monday, the AAPP said at least 8 were in the South Dagon district of Yangon, the biggest city.  The association said security forces in the area fired a heavier calibre weapon than usual on Monday towards protesters sheltering behind barricade of sandbags, witnesses said.

State television said security forces used “riot weapons” to disperse a crowd of what it described as “violent terrorist people”.  A local resident said security forces had been cracking down in the area overnight, raising concern of more casualties.  Residents saw the military removing a badly burned body from the street in the morning.

On Saturday, as the junta marked the annual Armed Forces Day with parade and show of its military prowess, the day resulted in one of the worst bloodbaths in a single day with at least 107 people killed, including 7 children.

As civilian deaths crossed the grim total of 500, world powers ramped up their condemnation of the military’s ruthless campaign against the movement demanding the restoration of democracy and release of Suu Kyi.

Washington suspended a trade pact with Myanmar and United Nations secretary-general Antonio Guterres called for a united global front to put pressure on the junta after more than 100 protesters were killed in a bloody weekend of violence.

“It is absolutely unacceptable to see violence against people at such high levels, so many people killed,” Guterres told a news conference.  “We need more unity… (and) more commitment from the international community to put pressure in order to make sure that the situation is reversed,” he said.

The UN Security Council will meet on Wednesday to discuss the situation, diplomatic sources said.

US President Joe Biden’s administration announced on Monday that the 2013 Trade and Investment Framework Agreement, which laid out ways to boost business but was not a fully-fledged deal, would remain suspended until democracy is restored.

A civil disobedience campaign of strikes against military rule has paralyzed large parts of the economy.  In a new move, protesters urged civilians to defy the junta’s call not to leave garbage at main road intersections in Yangon. According to local media, authorities warned that they would take action against those who threw out garbage in Kyeemyindaing district, western Yangon. “This garbage strike is a strike to oppose the junta,” read a poster on social media. “Everyone can join.”  Pictures posted on social media showed piles of rubbish building up in the city.

Humanitarian groups on Monday accused Thailand of sending back some of the thousands of people who have fled a series of Myanmar military airstrikes. Thai Prime Minister Prayuth Chan-ochaon Tuesday denied the allegation saying the villagers returned home on their own accord. However, he said, his country was ready to shelter anyone who is escaping fighting, as it has done many times in recent decades.

The airstrikes appeared to be retaliation for an attack by guerrillas of the Karen National Liberation Army on a government military outpost, in which they claimed to have killed 10 soldiers and captured eight. The group is fighting for greater autonomy for the Karen people. A group of 2,500-3,000 refugees crossed into Thailand on Sunday, according to several humanitarian aid agencies who have long worked with the Karen people.

Myanmar, also known as Burma, has suffered long under the rule of an oppressive military junta from 1962 to 2011. During the nearly 5 decades, almost all dissent was suppressed with gross human rights abuse, drawing international condemnation and sanctions. A gradual liberalization began in 2010, leading to free elections in 2015 and the installation of a government led by Suu Kyi the following year.

The Feb. 1 coup climaxed after days of escalating tension between the powerful military and the civilian government led by Suu Kyi.  The military claims that the November general election, won overwhelmingly by Suu Ky’s National League for Democracy party, was fraudulent.

The US, Britain and the European Union have all imposed sanctions in response to the military coup and crackdown, but so far diplomatic pressure has not persuaded the generals to relent.  The sanctions and condemnations appear to have little or no impact on the junta, which, reports say, controls vast portions of the lucrative sectors of Myanmar’s economy. 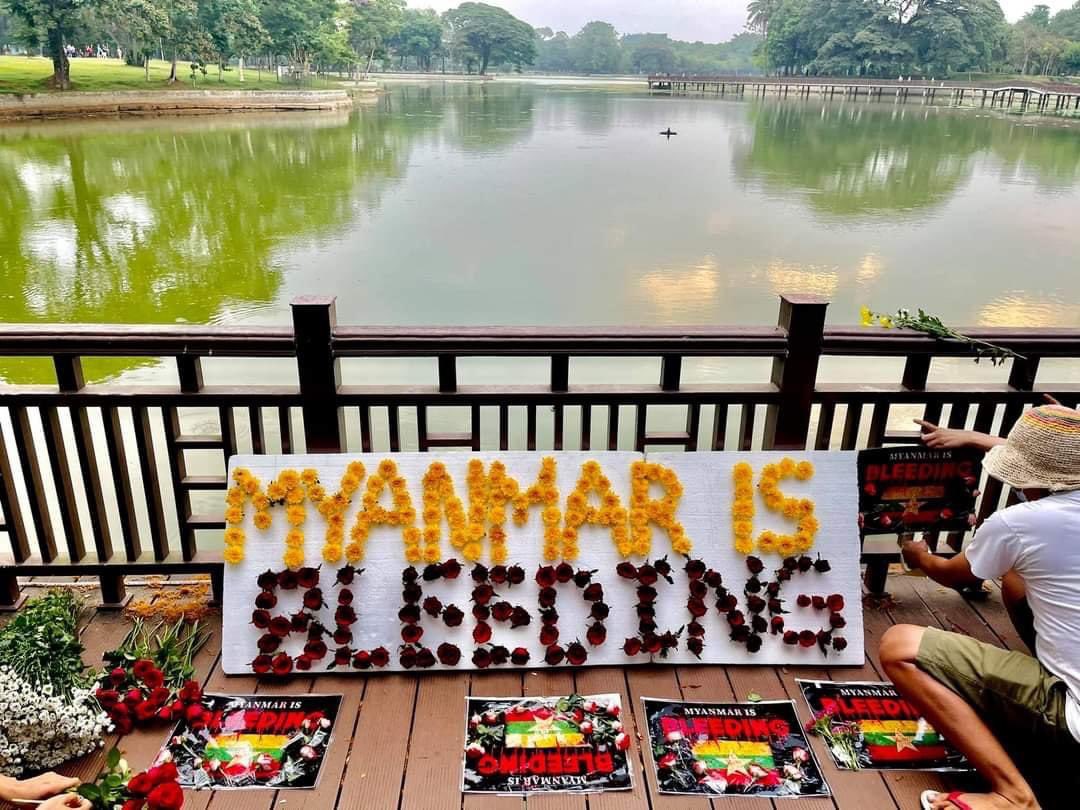